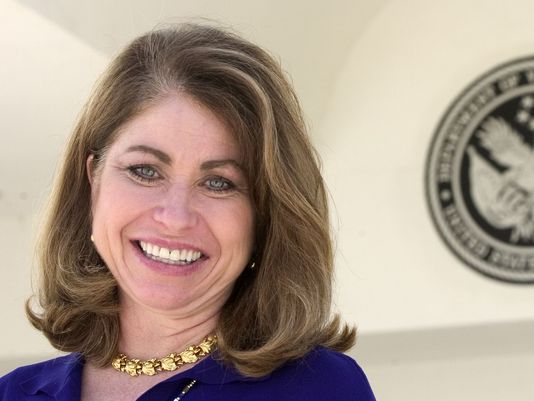 Paula Pedene has a well-earned reputation as a public relations strategist and counselor in both government and nonprofit realms. She demonstrates a proven ability to envision and build mutually beneficial relationships between an organization and its stakeholders, resulting in winning outcomes. She has earned five PRSA Silver Anvil awards and additional awards, including those shown above.

Pedene became a Department of Veterans Affairs (V.A.) Public Affairs Officer in 1991. In this capacity, she earned quick acclaim garnering national awards in media relations and internal communication in her first year of practice. Her accolades continued with numerous awards both inside and outside of government, including those from the Society of Health Care Strategy and Marketing Banner Awards, Telly Awards, National Association of Government Communicator Awards, International Association of Business Communications, Public Relations Society of America national and local awards, and Veterans Health Administration Communication Awards.

Her career inside the government was expansive. She became a Public Affairs Officer at both the Buffalo VA Medical Center and Carl T. Hayden VA Medical Center, where she created their initial public affairs programs. In between, she earned accolades as the Deputy Director, Region 5, V.A. Office of Public and Intergovernmental Affairs. She became the first Veterans Integrated Service Network’s (VISN 18) public affairs officer. And after 20 years of award-winning practice, she was promoted to the national level, serving in the VHA Office of Communication Media Relations, Planning, and Internal Communication teams. She became the Acting Director of the VHA Internal Communication Team in 2018. She became the lead Communicator for the campaign launch to communicate the VA MISSION Act across the agency working with 320,000 employees to ensure more than nine million veterans and other stakeholders were aware of these significant legislative changes.

She credits her Public Relations Society of America’s Accreditation in Public Relations (APR), her learning and volunteer PRSA leadership from Phoenix Chapter, to Wester District Chair, to Health Academy Chair, to Co-Chair of the Section Council, and her role on the national College of Fellows and the prestigious Board of Ethics and Professional Standards as her guiding light.

Since 1997, she has been the Phoenix Veterans Day Parade‘s driving force in its creative development and coordination. She helps lead the coordination team, organizing 2,500 people as parade entries. As a media relations director, she generates millions of impressions, attracting 45,000 people to the event.

Her strategic advice and counsel are sought after by organizations, and her innovative approaches are designed to help create winning outcomes.